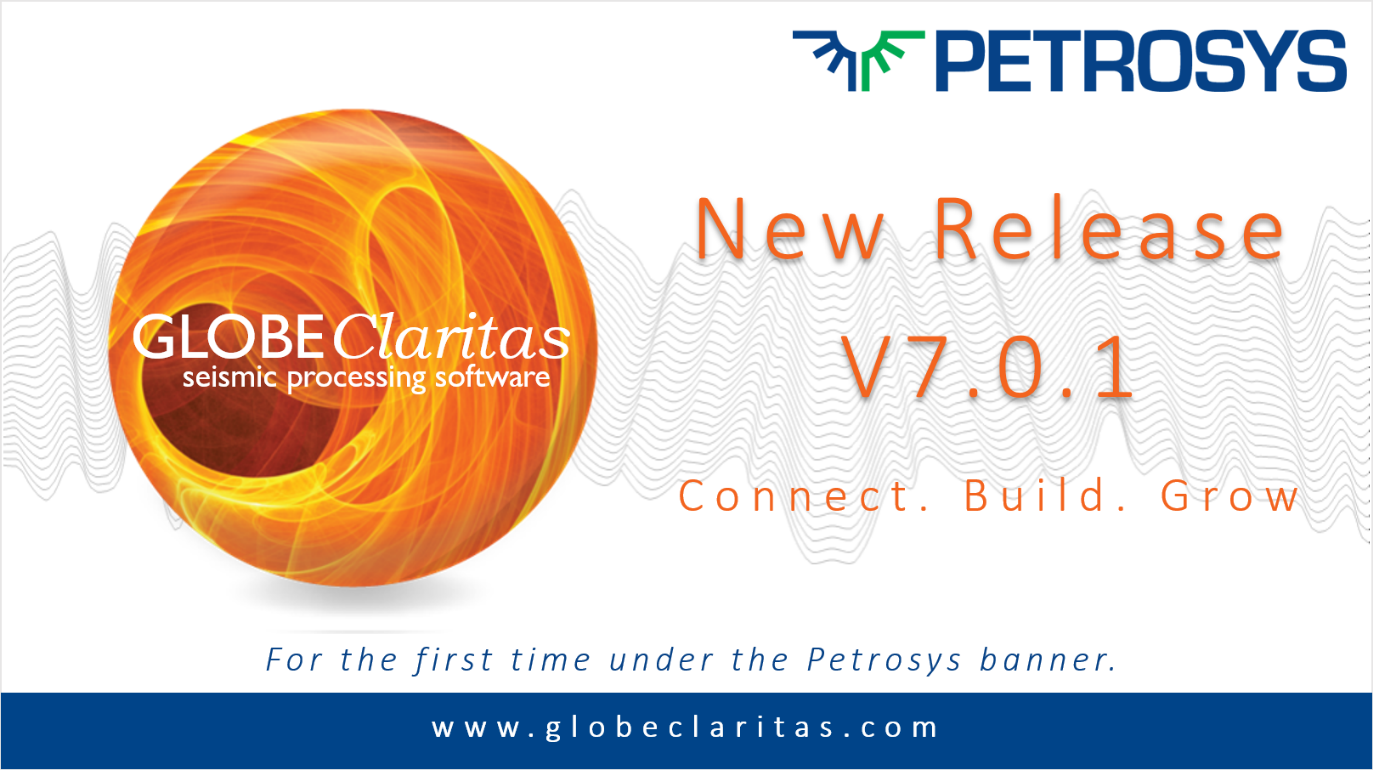 The GLOBE Claritas team is pleased to announce new software release Claritas V7.0.1.  The first release to be delivered under the Petrosys banner, we are excited about the new and improved functionality brought to our users in this version of Claritas software.

We appreciate your continued support of the Claritas software and value the feedback we receive that helps us to continually improve the software.

Here are just some of the highlights coming in V7.0.1;

Claritas users can now work either in the existing job-flow-centric manner or, with the major updates to the SeisCat application. Key Claritas applications (such as sv, cva, geometry, refstat, and the job flow editor) can now be launched from the right mouse button menu when right-clicking on a filename. Users can also gain access to the iMage suite applications via this menu.

The DENOISE_TF process module is faster, and now has a built-in NMO correction parameter to optionally flatten the arrivals before tensor factorisation. Time window parameters have been added to direct DENOISE_TF to the part of the seismic data that requires denoising.

The READSONAR process module may be used to input Water Column Datagrams from Kongsberg EM Multibeam Sonar files. The datagrams are output as seismic traces, one trace per beam angle, and grouped into pings.

The UNRADIAL process module may then be used to apply an inverse radial transform, acting on a gather of input data that has been recorded along a series of angles (eg -65 to +65 degrees) from a central point, and outputting a gather of offset traces. This can be used to convert side-scan data into pseudo-seismic offset gathers.

Here is an example of sonar water-column data which has been converted from radial pings to velocity-corrected offset gathers and binned into a conventional seismic 3D display. The seismic display on the left is a cross-section through the 3D volume at inline 1723, just below the turning point in the survey, at the point where two pings overlap; the timeslice on the right shows the seismic amplitude map at 226ms, ie at the seafloor.  Methane gas seeps (darker blue, in the water column) may be seen coming from the two high-points on the sea-floor.  Data courtesy of GNS Science. 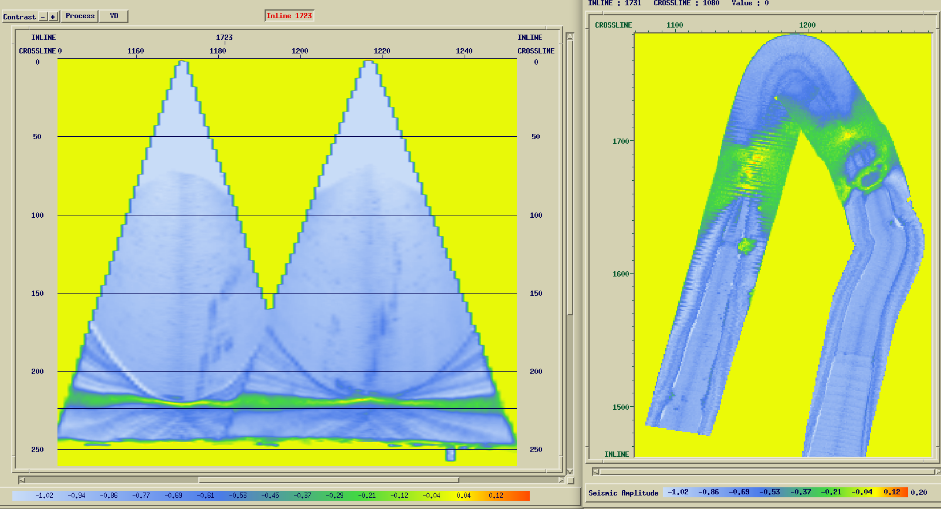 GLOBE Claritas release V7.0.1 includes a wide range of software enhancements and improvements. To read the full release notes in more detail please visit, www.globeclaritas.com or contact us – to speak to one of our experts.