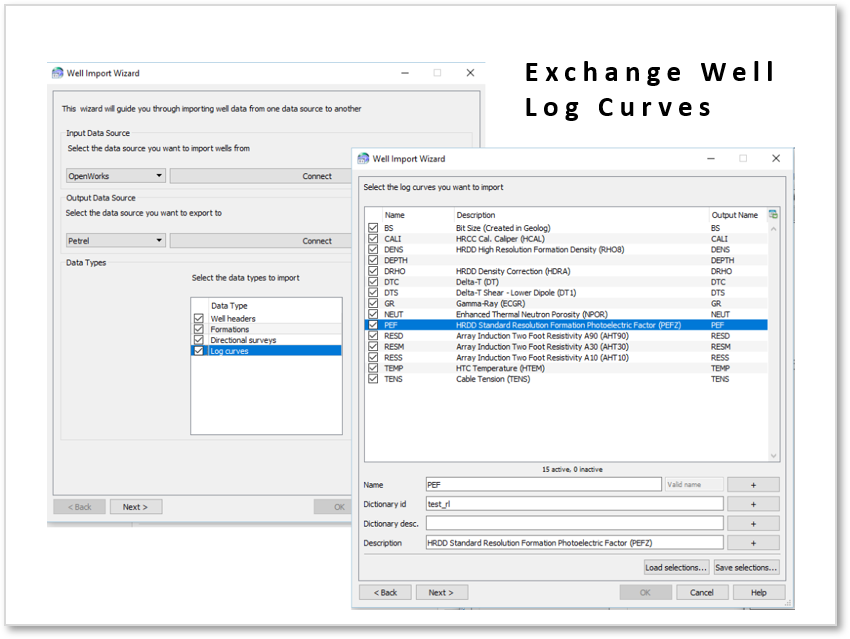 Petrosys PRO is widely used in production teams globally and after discussing their need with regards to well data, we have concentrated our development for PRO 2019.1 on exchanging well log data and have made some major improvements to the display of well data.

The addition of Well Log Curves to our continuously expanding ‘Exchange’ capability will be a popular addition for many PRO users. PRO has long been able to exchange well header, tops, directional surveys and checkshot surveys between a variety of 3rd party sources and the addition of ‘Well Logs’ to this option makes PRO an even more proficient data management tool. 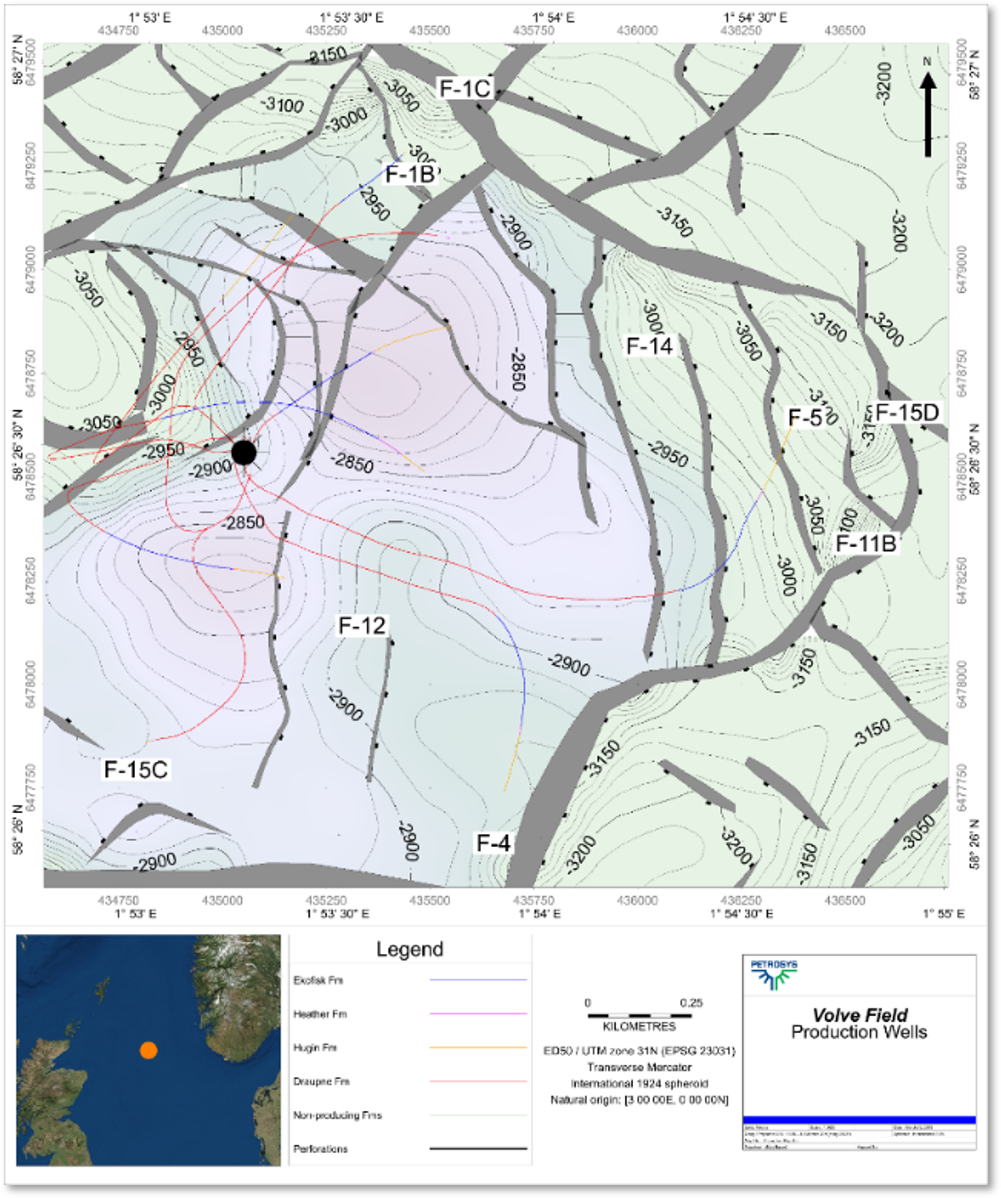 Improvements in direct access to other data from connected G&G applications continue to be a feature of Petrosys PRO releases. PRO 2019.1 gives Petrel users improvements in selection of seismic and horizon data and drag and drop of Petrel contours to PRO; DecisionSpace and Petrel users get a more straightforward ribbon map when they drag and drop a seismic line layer onto PRO.

To improve the quality of Production Mapping in PRO, our users have asked us to focus on how deviated well paths are displayed. With advancements in geosteering, modern wells may penetrate the top or base of a key reservoir zone repeatedly. In PRO 2019.1 the user can display the multiple intersections as well as display multiple zones in the same display layer. This ability, combined with PRO’s direct connections to key data sources, will give production teams easily updateable maps showing the spatial distribution of key producing zones. 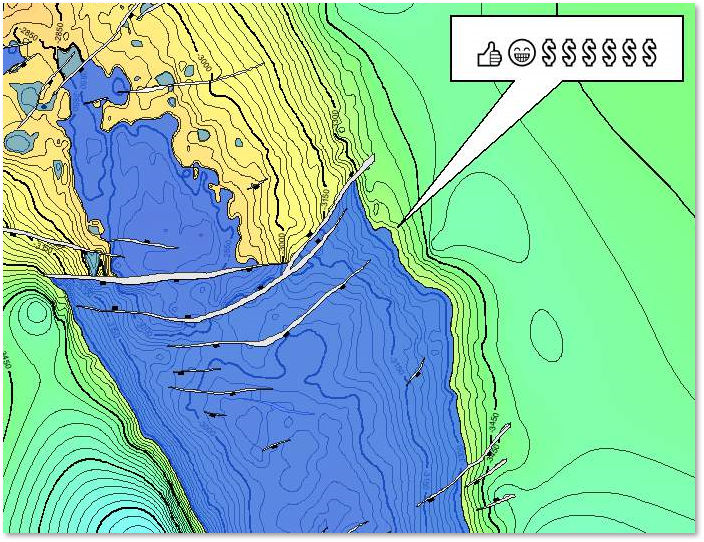 Maps drawn outside of the Anglosphere will benefit from improvements in the support for international character sets, ranging from the elusive German ß to the intricacies of Chinese and Japanese text.

Growing user sophistication in the use of Petrosys PRO Surface Modeling has led to several improvements not immediately obvious to the casual user. Lowest closing contour calculations can have sealing faults that don’t have to be closed. Prospect outlines based on lowest closing contours may contain ‘holes’ based on local surface depressions or other structures: shape files with this topology can now be successfully used in Petrosys PRO volumetrics. Point data from Excel and GIS sources can now be optionally regarded as representing lines to allow inclusion of the implied gradient in surface computations. The inclusion of all input data for gridding, and not just that within the current AOI, can now be enabled, as can elliptical search radii.

Ashley Conway2019-12-19T17:10:31+10:30News Archive, Software Release|
We use cookies to ensure that we give you the best experience on our website. If you continue to use this site we will assume that you are happy with it.Ok
Go to Top