One of the major advantages of the Petrosys algorithm is that there is no pre-requisite surface framework modeling required to run this option, other than to make sure the fault sticks are all assigned to their corresponding fault surface. This means the workflow for generating fault polygons from interpretation data becomes much simpler than in other packages.

To illustrate the work flow we will use a Petrel interpretation project with a 3D survey. An interpreted horizon is selected having gaps across interpreted fault segments. The fault sticks/segments have been grouped by fault plane designation.

The Petrosys Plug-in tools are accessed directly from the Petrel launcher. 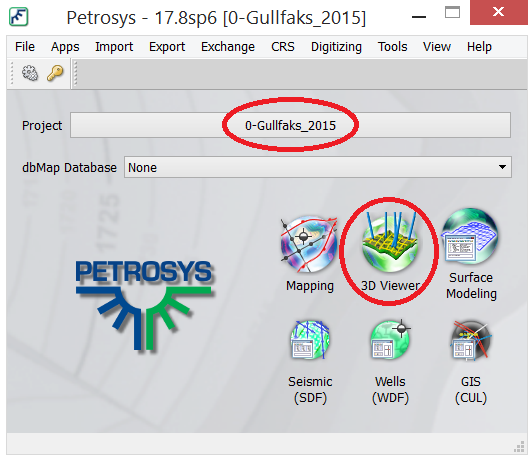 After Petrel was opened and a project was selected, the Petrosys Application Launcher opens. An equivalent Petrosys project is chosen or created, if it doesn’t already exist. 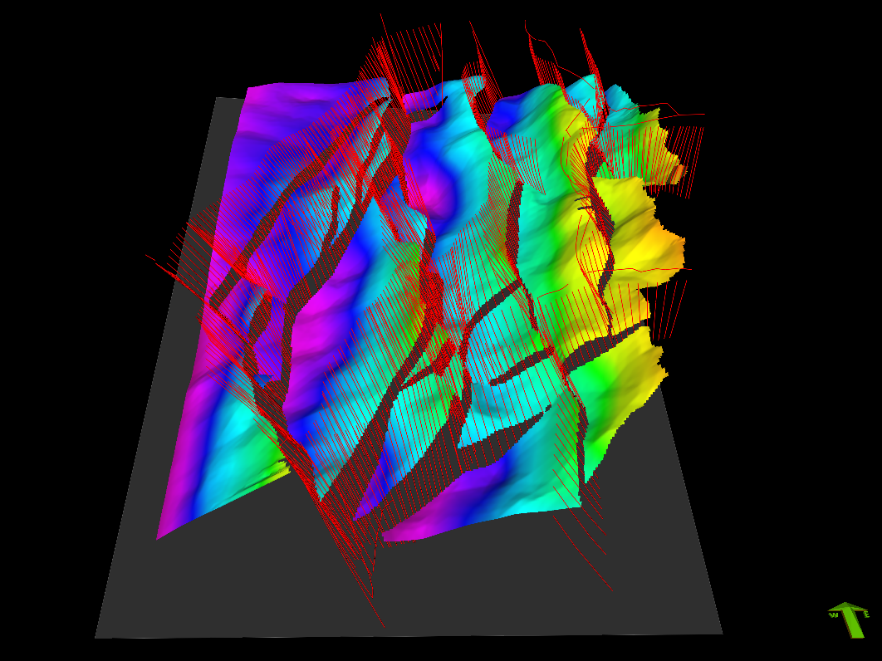 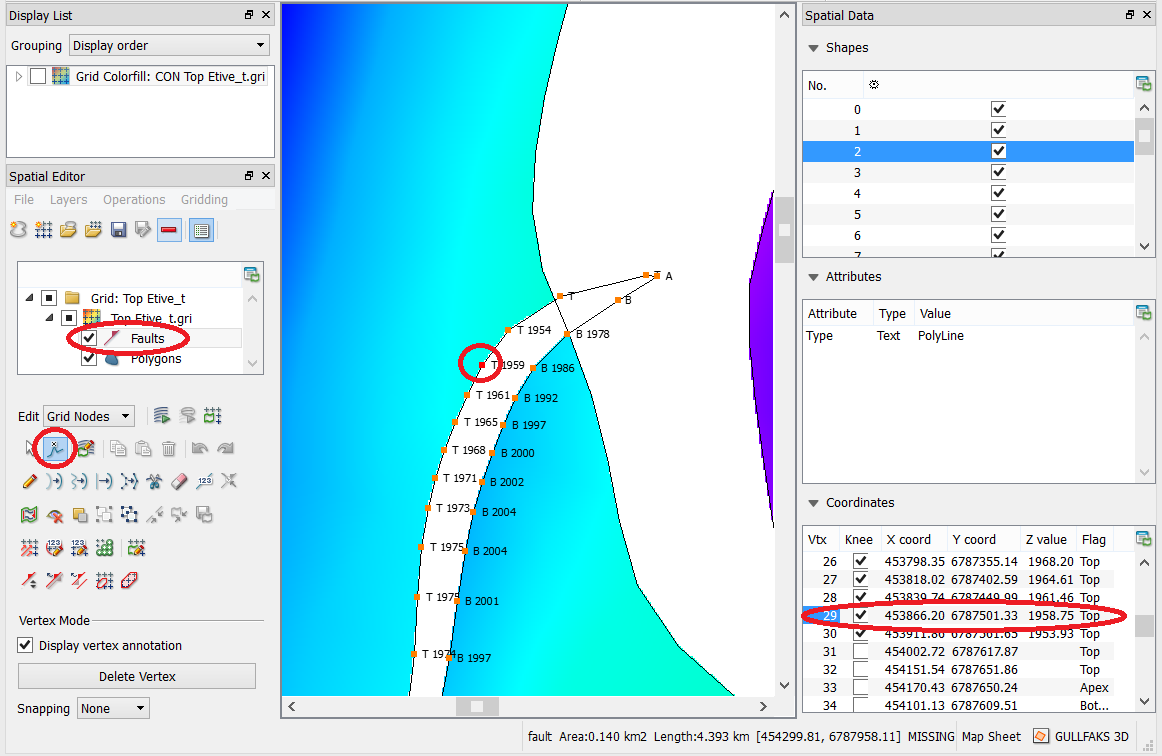 Petrosys Editor with a grid selected having embedded fault polygons. The display shows a fault polygon selected for editing. The Vertex tool has been chosen to show the point locations, the flag for Top, Bottom or Apex point type and the z-values extracted for these points during the gridding process. These data can be edited manually using the table display on the (default) right side of the window. The Editor’s line editing tools can also be used to modify the polygon outlines. All edits can be saved back to a fault polygon file and incorporated in the grid.

Contact support@petrosys.com.au  if you need assistance in setting up gridding operations that use Fault Sticks from a 3rd party source.

Request a Demo Today
We use cookies to ensure that we give you the best experience on our website. If you continue to use this site we will assume that you are happy with it.OkNoPrivacy policy
Go to Top