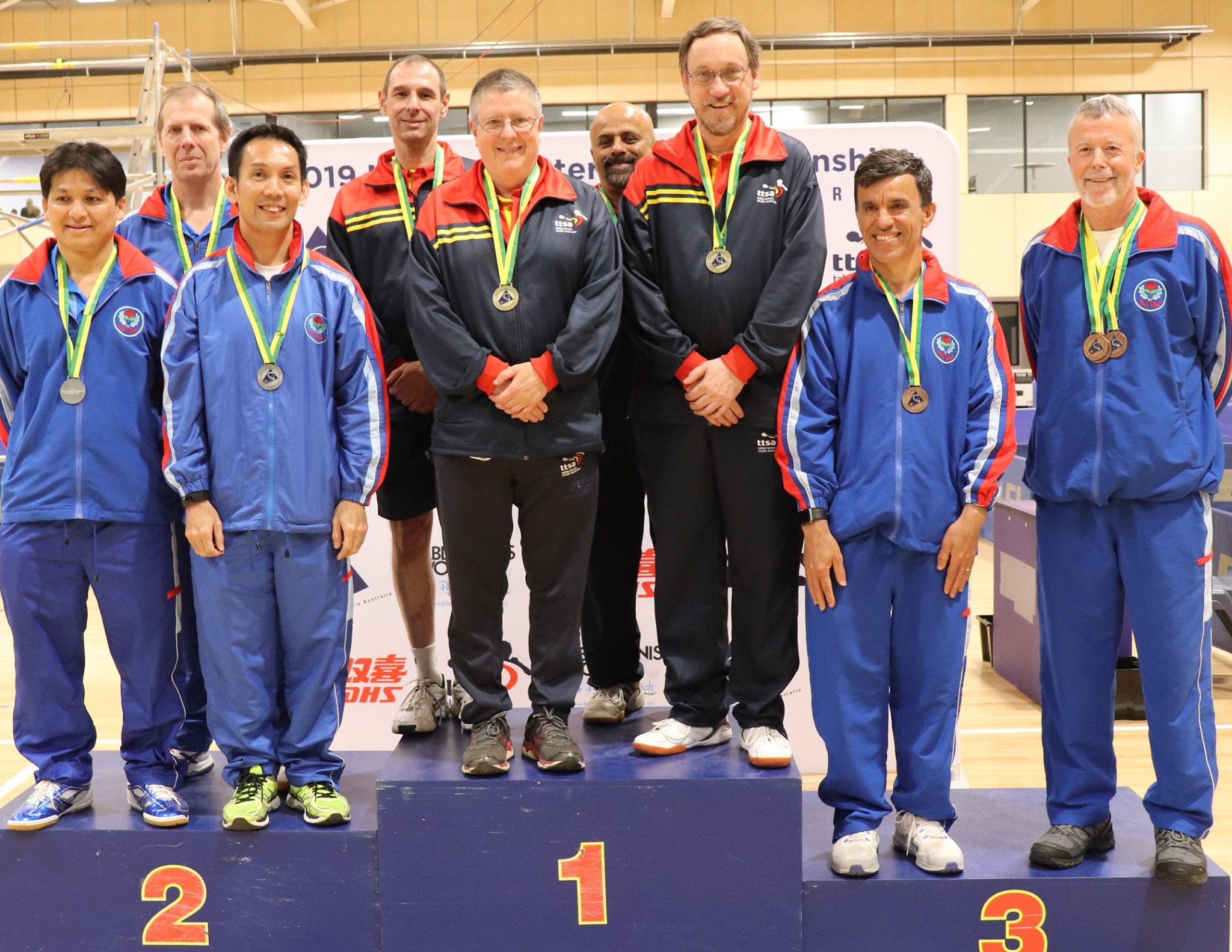 It has come to our attention, that Steve Aufderheide, – Support Manager for Petrosys in Adelaide, has recently returned from a Table Tennis tournament where he came away with a gold medal for the over 50s Men’s Team event with the South Australia team finally beating the more fancied NSW team.

The tournament in question was no less than the Australian National Veterans Tournament, held in Adelaide for 2019. For many years now the event has been held in various locations around the country on a rotating basis, so it is even more special that our very own Steve takes away gold on his home turf.

This year saw 440+ entries to the tournament, the second largest entry record for the event, and it is only getting bigger! 2019 included all states and territories in Australia, as well as a large contingent of our friends from across the pond – New Zealand. In previous events, there have even been entries from Vietnam and China and participants from USA and Latvia.

Being a Veterans event, it caters for individuals and teams’ events for ages from over 30s to over 80s for both men and women. It is a complete week of table tennis with matches starting on one Saturday and finishing the following Saturday – something like a total of 500+ matches were played, making for a very tiring week!

Steve has managed to play in this event for the last 5 years (having only started at the nationals from 51 years of age) and has previously won a bronze in the teams event in 2018.

The gold medal was a stroke of luck this year as he was not meant to play due to an injured elbow, however, the team manager asked if he was available to play in order to help out the South Australia “A” team, due to other injured players and as such his team members carried him to gold.

As Steve commented, “It helps to have a player in the team, who is also now the current Australian O50 individual champion as well! Without him, we would have struggled.”

Congratulations to our original Support Guru, Steve and the rest of the South Australian team!